Run Away with Me

If there is one thing that I have learned in my very short life ;), it is to seize opportunities as they come to you. You never know when you are going to get them, and if you don’t take them, you never know if they will ever come back again. So when a good friend and coworker said, “Hey, you want these Braves tickets? Looks like we won’t be able to go and I know y’all like to watch them”, I did what any good red, white, and blue blooded American would do…. said “YES!!!!”.

With the help of awesome family members as babysitters (thanks, y’all), The Man and I packed our bags and got out of Dodge. 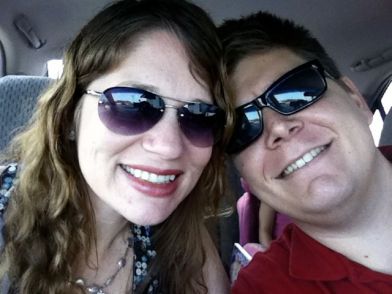 I was all set to document the trip all fancy like, but very quickly realized we brought all of this – 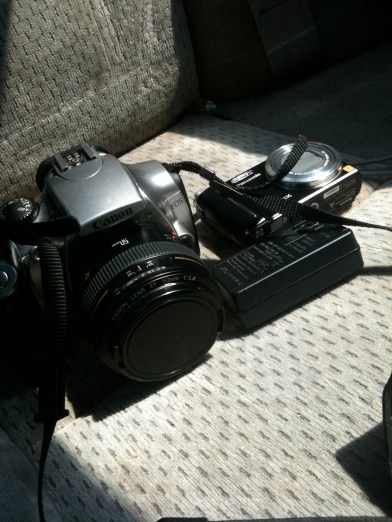 and NO memory cards. Not one. Ugh. Two iphones it is, then.

We decided to do something a little different this time took a new route. We usually haul butt down I-20 through Shreveport and then down Hwy 59. This truly is the best and quickest route to H-town, but, it gets pretty boring and routine after a while. We headed south on Hwy 167 instead, through the heartland of Louisiana. A million pine trees, mobile homes, huge cattle ranches and watermelon stands later, we found ourselves 2 hours into a 7 hour trip, and in Natchitoches. Opting out of nasty fast food road trip meals, we stopped for a quick lunch at The Landing in downtown on the river.

We decided to get the Sampler Appetizer and house salads. 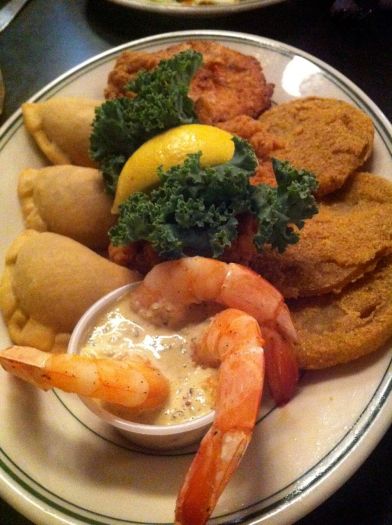 That and a glass or two of tea and we left with happy, but not overstuffed, bellies. 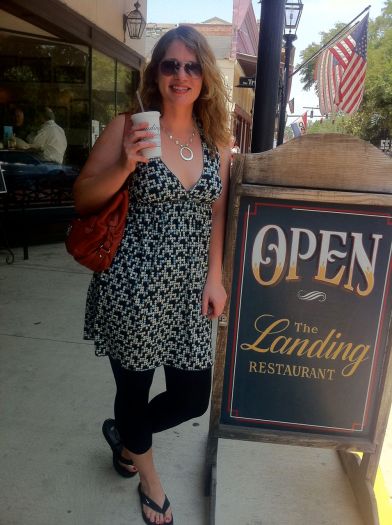 But we did have to stop at a DQ in BFE for an afternoon snack to share. Yummy cookie dough blizzard. 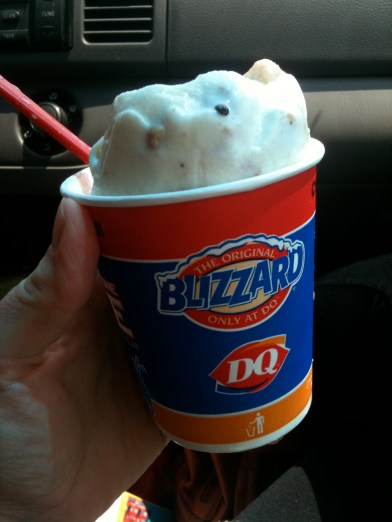 After 7+ hours of driving (takes 5.5 the other way), we finally saw the skyline. Drove straight to the ballpark and found a St. Arnolds (only $.50 more than a Budlight. Craft beer FTW). Braves kicked butt, so we left a bit early to check in our hotel and find something to eat.

We found the first place that looked open and decent, which was Yao Ming’s restaurant, Yao (creative name). Appetizer was a tuna dish that you sear yourself on a hot stone. I like playing with my food, so this was fun, and yummy. I got a small sushi roll with soft shell crab called The Spider for an entree, and The Man got Schezuan Chicken. We were the only people in the restaurant and they were closing, but the service was great and the food was fresh. I was kinda nice to be alone.

The next day… well.. our iphones were running on what minimal charge we could manage on the one and only car charger we had, so not many pics. We had delectable breakfast tacos at El Rey, then headed to Ikea as the doors opened. We got some great stuff for the house, included some items for redecorating the girls’ room this summer. Looking forward to showing them to you later on. You gotta love Ikea. 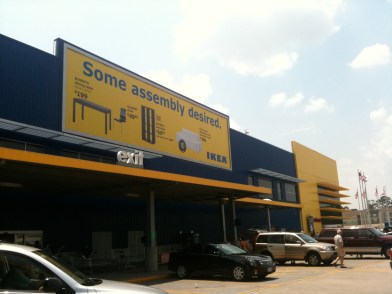 We were debating on a trip to the Museum of Fine Art, but opted for an afternoon nap in the quiet hotel instead. My back was not feeling all that snazzy, and when you have two little ones, the idea of going somewhere quiet and taking an uninterrupted nap is very high on the list of desirable activities. Second ball game was a blast, even though I could have sworn it was going to be a dollar hot dog night. It wasn’t 🙁 Spent a lot of money on a crappy junk food dinner that night.

Sunday morning was spent sleeping in, getting a not-as-good-as-hoped for breakfast at Ziggy’s downtown, and heading back home ASAP up Hwy 59. Junky crap foods were consumed for necessity’s sake (why oh why did I use to LOVE and I mean LUUUURVE Arby’s?) and we snatched up the girls and the dogs from my mom’s. Savannah may or may not have helped dad drive down a country road back home…. 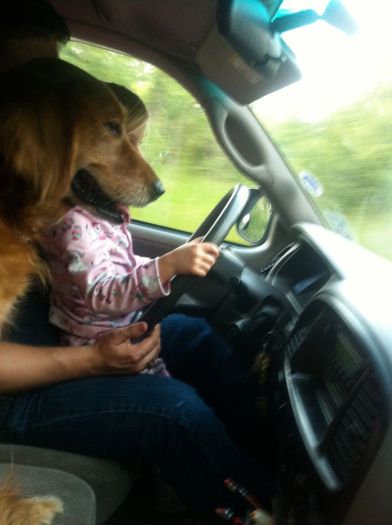 Or maybe Jazz was driving??

The point of sharing this post was not to just tell you about our boring lives or what we eat (although, I like to share so you might find out about new places), but to emphasize the importance in investing in your marriage AFTER you’ve been married awhile. You know, we are starting to get to be pretty good pros at this. I’m not saying I’m an expert, but I’ve learned a lot in 9.5 years. Many, many marriages don’t even last that long.

The Man and I have fights. We argue about who’s fault it is that This or That happened, or didn’t happen. We get frustrated with each other and go without talking for a few days (but we are not very good at that and always end up forgiving).

But… The Man and I…. we love each other. Since 1999 and college. Since band practice on the asphalt and ska music. Since it was just the two of us (and Scout, my dog) and not a care in the world, fishing on the bayou.

And there is time for chilling out in a hotel room at 3:37pm, because that’s all you want to do, and you are with the one you want to be with.

This entry was posted in Just Thoughts and tagged Houston, marriage, Road Trip. Bookmark the permalink.

2 Responses to Run Away with Me